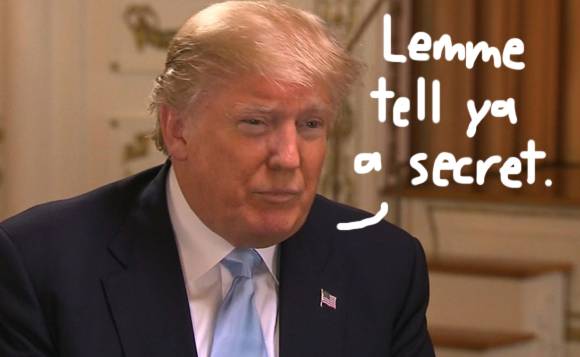 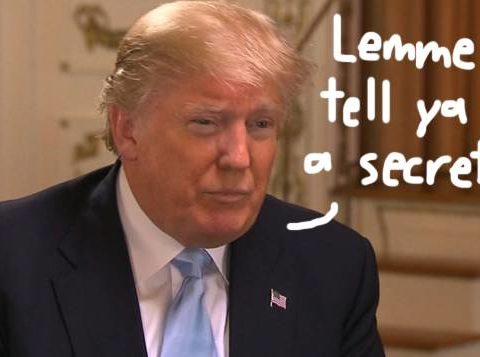 It’s hard to tell at this point if Donald Trump is more overconfident or underqualified.

In another stunning example of both, WHILE he’s under investigation for colluding with the Russian government during the election he met with the Russian officials at the White House — and according to a new report shared classified information with them!

Oh, and did we mention he did this the day AFTER he fired the FBI director who was leading the investigation against him?

On May 10, Trump met with Foreign Minister Sergei Lavrov and Ambassador Sergey Kislyak, and according to unnamed officials speaking to The Washington Post, he revealed key information to them that left White House officials scrambling “to contain the damage.”

The POTUS reportedly passed along information about ISIS to the Russians — information that had been given to the U.S. by an ally with inside access in a highly sensitive intelligence-sharing arrangement.

One official said Trump “revealed more information to the Russian ambassador than we have shared with our own allies.”

The info was so top secret that White House officials had to immediately notify the NSA and the CIA about the Presidential leak, which could threaten the United States’ ability to get intelligence from that source in the future.

And apparently it was only to brag!

One official said the POTUS was telling the Russians:

“I get great intel. I have people brief me on great intel every day.”

Related: Twitter Reacts To Trump’s Most Dictatorial Move Yet!

Now if all that seems a little too Tinker Tailor Boring As Shit to you, let us break it down another way — with Beyoncé:

Imagine your friend does Beyoncé’s nails. One day she tells you in confidence what Bey’s favorite Sunday morning mimosa hangout spot in El Lay is.

If you’re smart, you quietly start hanging out at that cafe on Sunday mornings until you catch a glimpse of Queen Bey and her girls getting tipsy. Maybe you start reading a book by her fave author and hope she strikes up a convo with you about it. Maybe you two become besties.

Video: Speaking Of Inside Beyonce Knowledge…

If you’re Trump, you tell everyone the fuck you know about it, EVERYONE starts hanging around that shop hoping for a glimpse, and Bey can’t go there anymore. Now what did you get out of telling everyone? No sighting. No convo. No besties.

Not only that, your friend is NEVER going to trust you with any of her inside Beyoncé info again! You done fucked that up!

What does Paul Ryan have to say about this Bey-trayal?

Individuals who are “extremely careless” with classified information should be denied further access to such info. pic.twitter.com/0C76Ae95LD
— Paul Ryan (@SpeakerRyan) July 7, 2016

Ha! That was actually during the campaign last year. Something tells us Coward the Fuck isn’t going to stand by that when it’s about his Lord and Master.

Though this act would be highly illegal for anyone else, the President has the authority to declassify information so it’s likely this didn’t constitute breaking the law.

So what do you think, Perezcious readers? More overconfident or more underqualified??