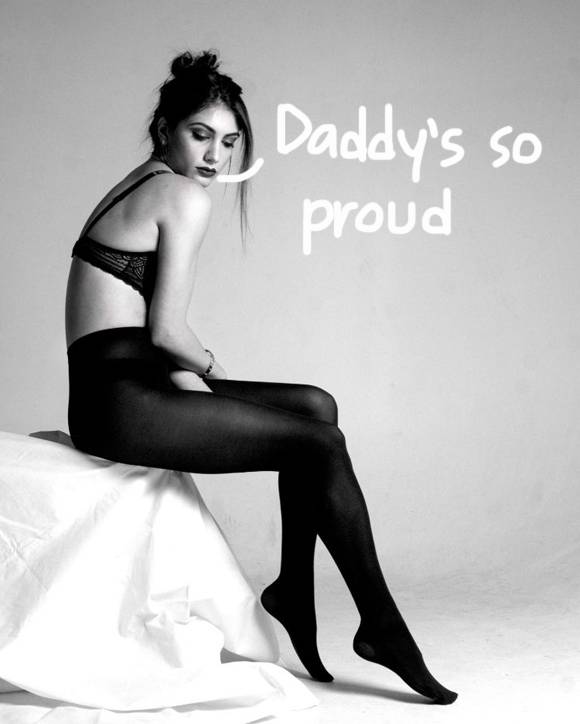 We all know Donald Trump has a penchant for admiring his daughter Ivanka Trump‘s good looks, but now his personal lawyer, Michael Cohen, is also getting in on the action.

The attorney recently posted a lingerie modeling image of his own daughter on Twitter, and everyone went nuts!

So proud of my Ivy League daughter…brains and beauty channeling her Edie Sedgwick. On Instagram @samichka_ pic.twitter.com/mpQxhr3mh3
— Michael Cohen (@MichaelCohen212) May 15, 2017

Twitter users were merciless, as you would expect. Check out some of the reactions (below)!

@MichaelCohen212 Sedgwick represented the epitome of the modern female sexuality the Trump administration is doing everything in its power to suppress.
— Shannon Coulter (@shannoncoulter) May 15, 2017

@MichaelCohen212 Got any pics of her sitting on your lap? Asking for a president.
— Sarah Burris (@SarahBurris) May 15, 2017

@SarahBurris @MichaelCohen212 This is totally irrelevant except that it seems like the same level of parenting wisdom. pic.twitter.com/sBs3VuFtTs
— Jessica Gottlieb (@JessicaGottlieb) May 15, 2017

@JessicaGottlieb I shall thank you with this photo of Ivanka Trump sitting on her dad’s lap. pic.twitter.com/9taJfpsvpJ
— Sarah Burris (@SarahBurris) May 15, 2017

@MichaelCohen212 Most fathers don’t post lingerie shots of their daughters. I guess #Trump must be rubbing
off on you.
— Professor Chaos (@akaProfessorCha) May 15, 2017

@OliverCarle @someofmybest @ByYourLogic Nothing but crickets from the Trump trolls on that tweet. Even too much for them.
— Pauli (@pauligirll) May 15, 2017

@MichaelCohen212 It’s cool to take pride in your daughter, but weird to be posting her underwear photos honestly.
— Austin Braun ☻ (@AustinOnSocial) May 15, 2017

Cohen came out swinging, though, calling one user an “a-hole” and a “hater.” So classy.

That didn’t stop Twitter from continuing to go in on him:

@MichaelCohen212 POTUS wants to date his daughter, the VP calls his wife “mother,” and DJT’s attorney posts spank-bank material of his daughter.
— Bonnie Bratnober (@bonibrat) May 15, 2017

Cohen then asked another user if they were “jealous.” Such professional behavior. So dignified.

Did you expect any less of Trumpelstilskin’s lawyer though? All people associated with him are horrible.