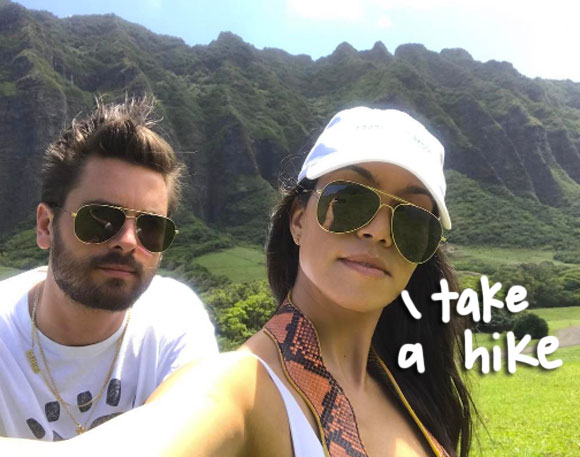 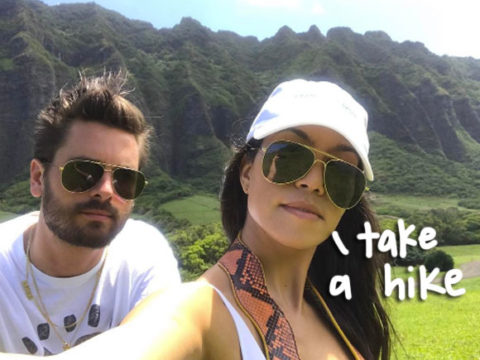 It’s hard to say how long this will actually last, but on last night’s episode of KUWTK, Kourtney Kardashian put her foot down when it comes to her relationship with Scott Disick.

Obviously, the longtime pair will continue to co-parent their three children — Mason, 7, Penelope, 4, and Reign, 2 — but as far as romance, it seems that candle has burned out.

After being confronted for bringing a woman on a family vacation to Costa Rica, Scott defended himself by claiming to be “a fucked up, horrible sex addict.”

This admission wasn’t quite received with sympathy, as Khloé Kardashian poured her glass of water on him while saying:

“If you need to get your dick wet that badly, then get your fucking dick wet.”

Should have known she doesn’t play around!

“Scott’s so lucky, because I am the coolest baby mama on the planet. The stuff that he’s done and I still allow him to come on our family trips? … I just feel like I need to have a conversation with him just to finally say we will never be back together. It’s probably better for both of us.”

Later, the 38-year-old reality star told her troubled ex that they both need to “move on” once and for all:

“I think something I’ve learned on this trip that is that we need to just move on … I think the moral of the story is we are never getting back together.”

We won’t hold our breath!

You can catch everything you missed in the clip (below)!