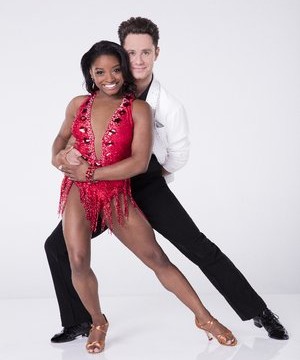 Team USA will not repeat as “Dancing with the Stars” champions after Olympic gold medalist Simone Biles was eliminated from the reality competition despite perfect scores for her two dances during Monday night’s performance.

Biles was gracious afterward, saying she learned a lot about herself and planned to return for next week’s finale.]

She was hoping to follow in the footsteps of Olympic teammate Laurie Hernandez, who won the Mirrorball Trophy last season.