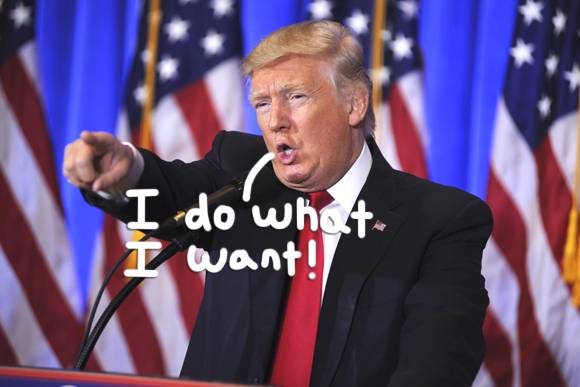 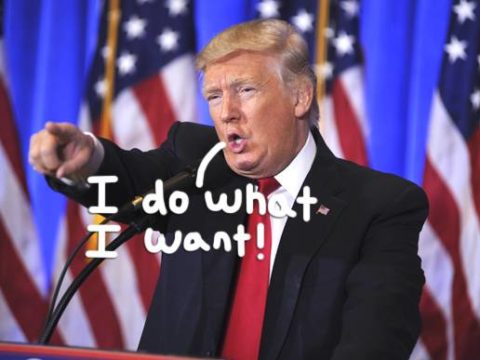 Is anyone else totally afraid right now??

If you’re not, you should be. As we previously reported, Donald Trump was slapped with another controversy as he was accused of sharing classified information with Russian officials during a recent White House visit. This is obviously troubling as POTUS is under investigation for colluding with the foreign government during the election. Smh.

This would’ve been comforting if the Commander-In-Chief hadn’t turned around and posted on Twitter Tuesday morning that it was his “absolute right” to share information related to “terrorism and airline flight safety” with Russia. The Trumpster is officially out of control!

As President I wanted to share with Russia (at an openly scheduled W.H. meeting) which I have the absolute right to do, facts pertaining….
— Donald J. Trump (@realDonaldTrump) May 16, 2017

…to terrorism and airline flight safety. Humanitarian reasons, plus I want Russia to greatly step up their fight against ISIS & terrorism.
— Donald J. Trump (@realDonaldTrump) May 16, 2017

We’re sure Sean Spicer is crapping his pants right about now. We mean, how is he going to defend this to the press corps?? We suggest the Press Secretary find some bushes to jump into (again). LOLz!

Nonetheless, Donald’s tweets do nothing to squash the rumors that he shared this classified information with the Russian officials — which is, you know, troubling AF. It’s said reporters have since heard yelling from a room in the White House where Spicer met with Steve Bannon and others to discuss the controversial situation.

As one senator perfectly put it, the Trump administration is in a “downward spiral.” Tsk, tsk!

Donald Trump TWEETS It’s His ‘Absolute Right’ To Share ‘Facts’ With Russian Officials — And See What Russia Said About All This!

Mother Warns About The Dangers Of Fidget Spinners After Her Daughter Chokes On The...