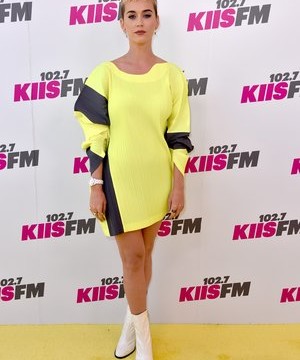 After much speculation, ABC confirmed at its Upfront presentation in New York City on Tuesday that the pop superstar will indeed take on judging duties for the 2018 reboot.

“I am honored and thrilled to be the first judge bringing back the ‘American Idol’ tradition of making dreams come true for incredible talents with authentic personalities and real stories,” Katy said in a statement.

SO thrilled @ABCNetwork is bringing back @AmericanIdol, and I’m bringing it back to the ????MUSIC???? ???? you at auditions❗

The 32-year-old went on to share how she is “always listening to new music,” loves “discovering diamonds in the rough” and can’t wait to find a star in the making.

“From mentoring young artists on my label, or highlighting new artists on my tours, I want to bring it back to the music,” she continued.

Both the singer and “American Idol” announced the news on their respective Instagram pages as well.

“SO thrilled @ABCNetwork is bringing back @AmericanIdol,” Katy wrote, captioning a photo of herself with the show’s logo added.

“[See] you at auditions!” she teased.

“We are thrilled to be ushering in this new era of ‘American Idol’ with Katy leading the charge,” Dungey said in a press release. “Her incredible accolades speak for themselves. We are so lucky to have this strong and talented woman help inspire and guide the next crop of artists as they pursue their dreams.”

Katy is the first name attached to the project. Despite considerable chatter, it remains unclear whether original “Idol” host Ryan Seacrest will resume his duties for the new installment.

Ariel Winter: ‘I’m Not A Whore Because I Wear Shorts & Tank Tops’