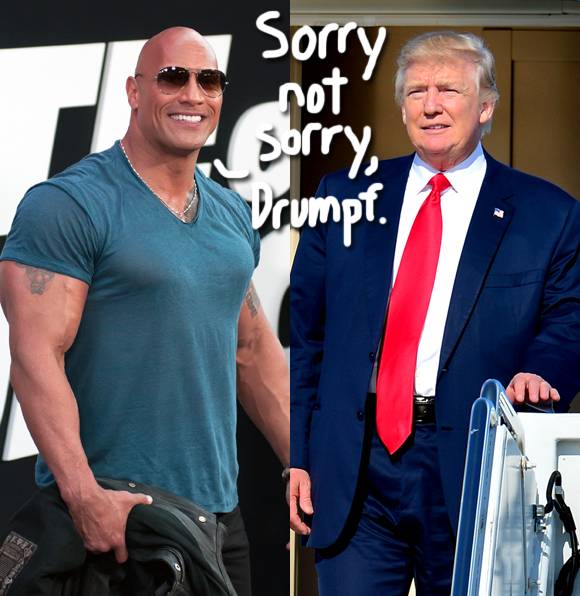 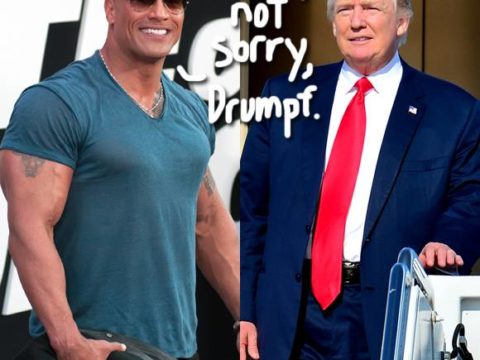 Donald Trump only has himself to blame.

The Celebrity Apprentice star and professional bullshitter proved that anyone could be President — even a WWE star. (Yes, our sitting President is in the WWE Hall of Fame.)

Maybe that’s what inspired Dwayne “The Rock” Johnson to tentatively throw his hat in the ring for 2020. Who knows?

But since he said it’s “a real possibility” last week, Public Policy Polling decided to include the Fast & Furious star in its hypothetical matchups for the next Presidential election.

And believe it or not, he is already beating Trump!

PPP reports a win of 42-37 for The Rock, who according to their numbers could flip 15% of those who voted for Trump last year. But Johnson isn’t the only competitor who could best The Donald.

But the largest margin of victory belongs to former VP Joe Biden, who would smack down the incumbent 54-40. Too bad he isn’t running. Or is he..?

No numbers were reported on Kanye West for some reason.

BTW, if it’s tough for you to believe Trump still has as much support as he does in these polls, i.e. any support left at all, Public Policy Polling has one more not-so-fun fact of note. 16% of voters agree with Trump that Andrew Jackson would have stopped the Civil War.

So… yeah. Believe it.

We Leave Momma Perez Alone For Two Seconds And…