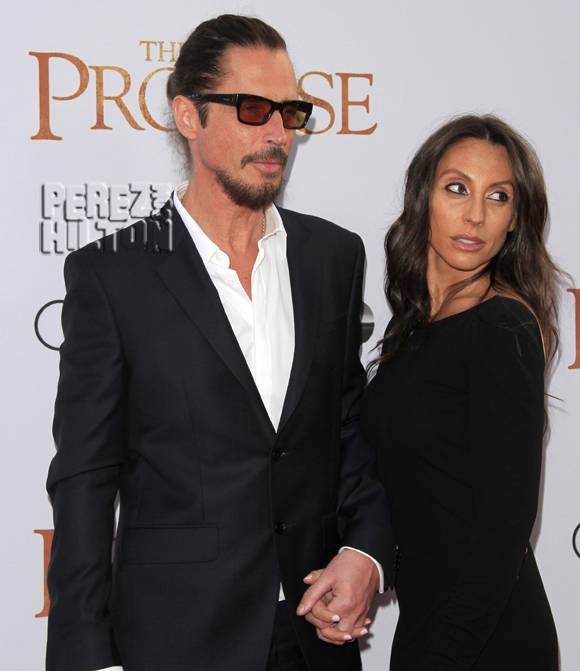 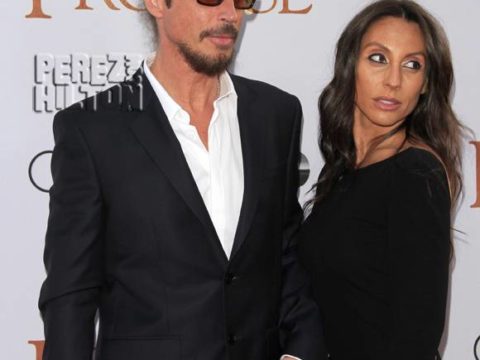 The Soundgarden frontman played his final, sold out performance with the band on Wednesday night in Detroit — hours before he was found dead in his hotel bathroom.

The rocker’s mysterious passing is even eerier given the final song in his last performance was about death.

According to reports, the 52-year-old ended the set with a cover of Led Zeppelin‘s In My Time of Dying, in which he sang:

“In my time of dying, I want nobody to mourn/All I want for you to do is take my body home.”

Detroit police are investigating Cornell’s death as a possible suicide, but the singer’s wife insists he was not depressed or in a suicidal state.

Sources who spoke with the widow told TMZ that Vicky Cornell chatted with her husband during soundcheck before he took the stage and after the show on Wednesday night.

Vicky reportedly told the insiders that Cornell was not in any way suicidal and swore there were no signs he was depressed at all.

The mother-of-three doubled down by saying the rocker was devoted to his kids — ages 16, 12, and 11 — and, for that reason, wouldn’t take his own life.

Medical examiners are determining the cause of death, so we’ll find out if he passed from suicide or perhaps something else completely.

Watch a clip of the frontman’s last performance (below).