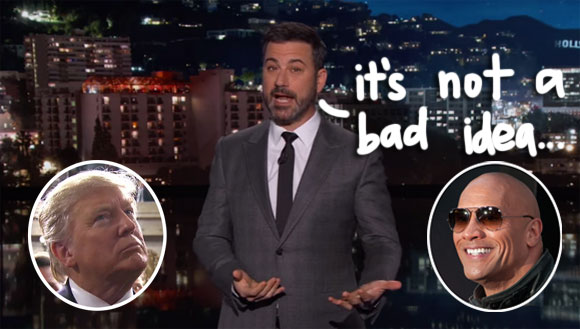 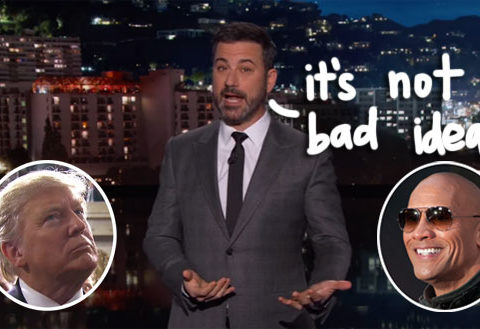 Sadly, this feels almost too realistic at this point!

During his monologue on Wednesday night, Jimmy Kimmel imagined what it would be like if Donald Trump went up against Dwayne “The Rock” Johnson in the 2020 presidential election.

This is all stemming from the recent public policy poll that says the Baywatch star would beat Drumpf 42 to 37 percent in the race — which, Jimmy says, wouldn’t be all that surprising considering “an actual rock would beat Donald Trump at this point.”

Watch the “greatest race for president slash pay-per-view event of all time” go down (below)!!

Don’t forget, the 45-year-old actor recently told GQ that him running for POTUS is a “real possibility” — and not in a movie or anything… IRL! Crazier things have happened!