Celebrities Latest
Home Celebs Mother Warns About The Dangers Of Fidget Spinners After Her Daughter Chokes... 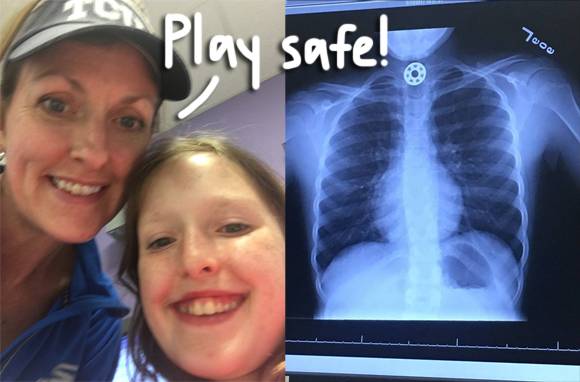 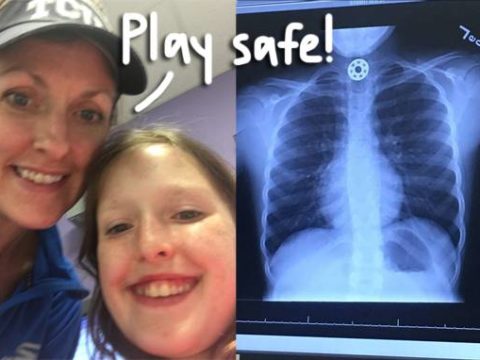 For all those not up-to-date on the latest toy craze, the Fidget Spinner is the biggest fad for kids since Pokémon Go — and apparently just as dangerous.

Originally marketed as a stress relieving toy, fidget spinners are essentially pronged plastic disks that spin around a metal bearing in the center, letting kids take it for a mesmerizing spin and… well, that’s about it!

But a concerned Texas mom is cautioning parents about the plastic toy after her daughter nearly choked to death on one of its tiny parts!

Kelly Rose Joniec shared the harrowing incident on Facebook, which took place on her way home from a swim meet on Saturday.

The Houston mom heard her daughter Britton choking in the back seat, and looked in the rearview mirror to see the 10-year-old turning red and drooling.

Joniec pulled over and discovered her Britton had swallowed one of the bearings from her fidget spinner. She wrote:

“She pointed to her throat saying she’d swallowed something, so I attempted Heimlich but there was no resistance. She said she’d put part of her fidget spinner in her mouth to clean it and somehow swallowed it.”

Joniec took her daughter to a nearby urgent care center, where an X-ray showed the metal bearing was caught in Britton’s esophagus.

Thankfully, the bearing was successfully surgically removed and Britton made a quick recovery. But Joniec’s post ended with a warning to parents about the choking hazards of the popular toy. She added:

“Kids of all ages may be getting them, but not all spinners come with age-appropriate warnings. The bushings pop out easily, so if you have young kids (under 8 yr old) keep in mind that these present a potential choking hazard.”

Ch-ch-check out the full post (below) to get the entire story.

Mother Warns About The Dangers Of Fidget Spinners After Her Daughter Chokes On The Newest Toy Fad!