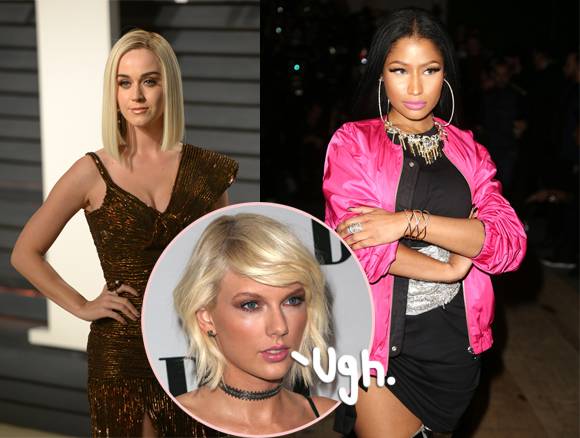 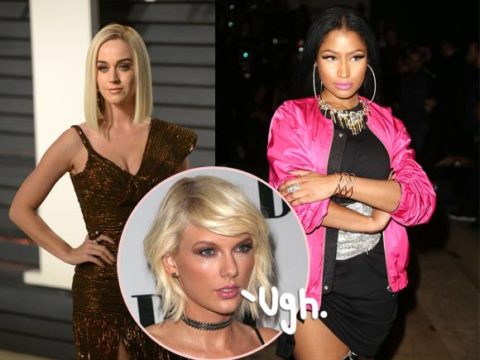 We’re just not here for this.

On Thursday, Katy Perry surprised fans by dropping a new song, titled Swish Swish, which features Nicki Minaj. Of course, since both Miz Perry and the Anaconda rapper have had feuds with Taylor Swift, many fans believe this track is meant to be a clap back directed at the blonde hitmaker.

Not to mention, the Chained To The Rhythm performer all but promised a response track to TayTay’s Bad Blood during her recent EW interview. And let’s talk about the lyrics in Swish Swish. At one point, Katy sings:

Ugh. These lyrics are so embarrassing. Although, Nicki’s shots at T.Swizzle aren’t much better, as she raps:

“Don’t be tryna double back/I already despise you/All that fake love you showin’/couldn’t even disguise you.”

Still, the 34-year-old could just be talking about her longtime feud with Remy Ma, as she also mentioned “silly rap beefs” during the song. Now, we might hate the single, but we feel like you should take a listen to it anyway (below)…