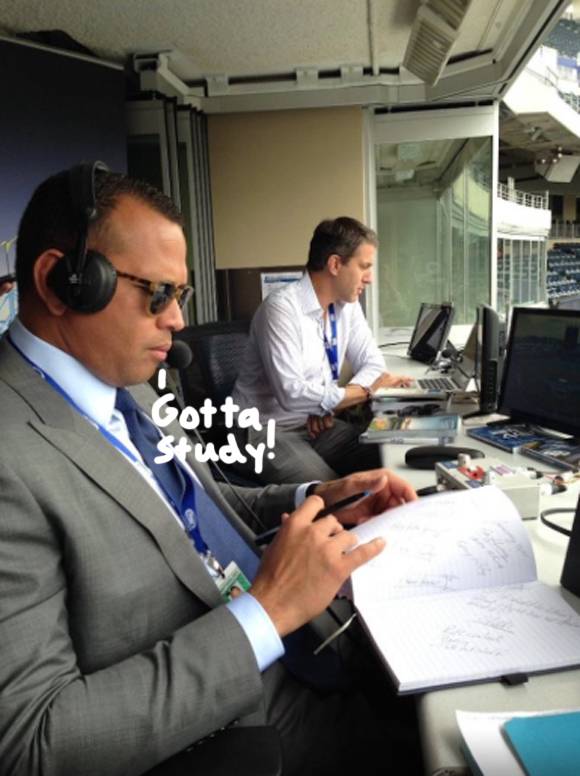 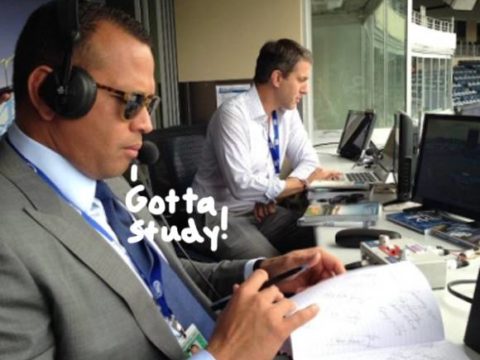 Maybe he needs to brush up on his sex ed??

Although Alex Rodriguez is the father of two children (and is known around town as an infamous womanizer), he apparently doesn’t understand how babies are made.

On Thursday, Fox Sports posted the (above) pic of A-Rod looking through a notebook at a baseball stadium. While many would assume he wrote down notes about the game, a closer look at the snap says otherwise.

When fans zoomed in on the athlete’s handwriting, they saw:

The pic has since been deleted, and A-Rod has yet to release a statement regarding the contents of his notebook.

Jennifer Lopez, you might need to tell your man about the birds and the bees!

Alex Rodriguez Was Caught With A Notebook That Read ‘Child: Birth Control, Baby, Pull Out Stuff’