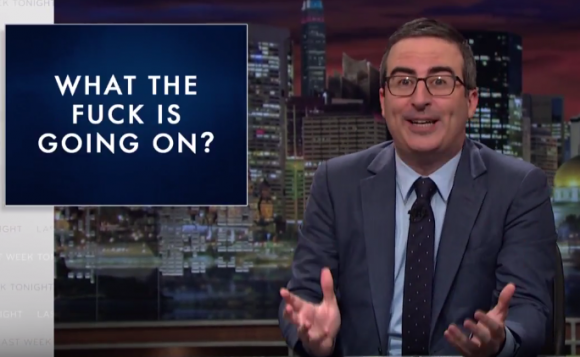 John Oliver usually tackles a bigger window of time than just the last week on Last Week Tonight, but this past week was too crazy!

First, it was revealed Donald Trump spilled top secret info to the Russians — because he was bragging. Then THAT scandal was replaced by James Comey‘s memo reporting the POTUS actually asked him to stop the FBI‘s investigation.

Oh, and did we mention Trump’s national security team said he won’t read anything without his name being mentioned every couple sentences??

But the most amazing thing, the punchline to all of this, what you absolutely HAVE to see is Oliver’s reminder of the scandal Barack Obama was facing at about the same time during his presidency.

Ch-ch-check that out at 23:05 or watch the entire ridiculous recap (below)!