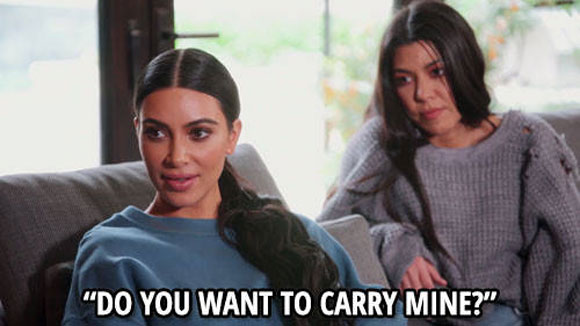 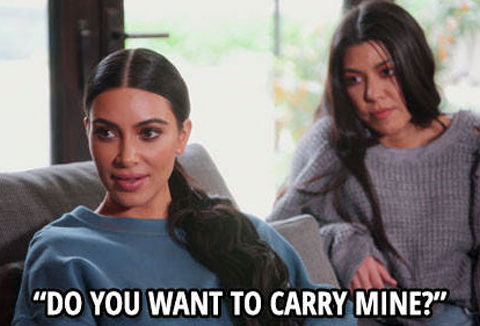 Is Kris Jenner going to add more kids to her resume??

On Sunday night’s episode of KUWTK, the 61-year-old momma-of-six is approached by an unidentified “royal family” who were interested in buying her eggs after being unable to conceive naturally.

The matriarch considers the offer throughout the whole episode, even talking it over with longtime pal Faye Resnick.

Still intrigued, Miz Jenner heads to Dr. Huang to see if she could ever “make an egg again,” to which he says:

“If we were able to get your eggs, the quality would be not good.”

But, that doesn’t mean she couldn’t carry a baby.

That’s when the momma-of-two gets the idea that her own mother could be her surrogate, asking:

“Do you wanna carry mine?”

Kris didn’t seem to be opposed to the idea, replying:

“If I really thought that I could carry it for you and it would be born OK, I would do it in two seconds. I really would.”

“I already offered myself, so don’t act like you’re the only Mother Theresa in here!”

Elsewhere in the episode, Kim and Kourt, convince Khloé Kardashian — who has been spending all of her time in Cleveland with her beau Tristan Thompson — to take an overnight trip to Palm Springs for some sister bonding and to visit their old family home.

Considering KoKo felt ignored during the last family trip to Costa Rica, she was a little apprehensive about the getaway, but obliged anyway.

Unsurprisingly, she had to resort to talking to Rob Kardashian‘s imaginary friend when Kimmie and Kourtney left her hanging in a vintage store:

Speaking of Rob, he was still in the mix as he was seen struggling with his relationship with Blac Chyna (shocking).

At the suggestion of Kris, the new dad got a life coach, who basically told him he was just “thirsty” for his baby momma.

Clearly, the relationship is still toxic.

Did U tune in this week?? Let us know your thoughts in the comments (below)!

Listen To This: Not Outta Love!