Celebrities Latest
Home Celebs Tomi Lahren’s Tweet About ‘Holding A Job’ Is Hilariously Timed With Her... 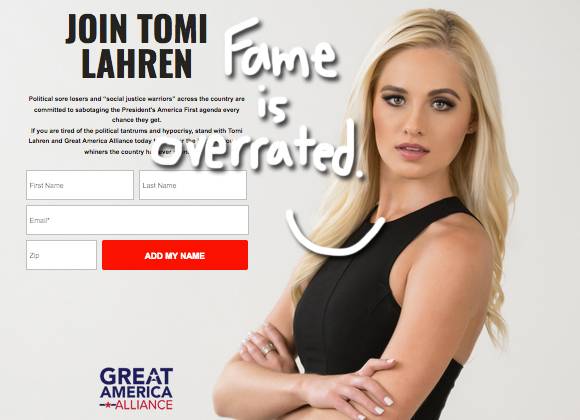 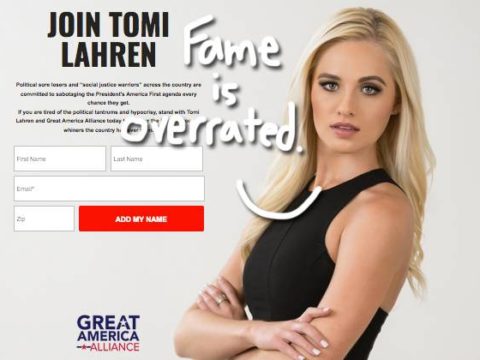 After losing her gig at TheBlaze, we thought for sure the conservative commentator would use her notoriety from combative TV appearances to get herself a gig on Fox News or something.

But her new gig is just sad — which makes the timing of her tweet about “snowflakes” not being able to handle the real world so much more hilarious.

In case you don’t follow her on Twitter (and we cannot stress how much we do not blame you), Tomi had a characteristically snarky take on Notre Dame students walking out of Vice President Mike Pence‘s speech on Sunday:

Advice on “holding a job” from Tomi Lahren is like financial advisement from Abby Lee Miller.

What is the new career path she’s setting off on starting today exactly?

Apparently she’ll be working on “communications and messaging strategies” as part of Great America Alliance. In case you haven’t heard of GAA, they’re basically a propaganda machine for Donald Trump whose aim, with Tomi’s help, is “to expand grassroots support of the President’s policies across the country.”

Video: Donald Trump Tries To Hold Melania’s Hand & She SLAPS IT AWAY — Watch!

Where’s the gig on The View? The Five? The Real? (LOLz! Tomi on The Real. Hahahahahaha! How AMAZING would the ratings be for that first episode though??)

She’ll still probably make appearances as a talking head on any news show that will have her, but what a downgrade!

We guess her kind of diva behavior doesn’t fly in the real world.

Tomi Lahren’s Tweet About ‘Holding A Job’ Is Hilariously Timed With Her Lame New Gig Stumping For Trump!