Celebrities Latest
Home Celebs Bachelor In Paradise Villain Chad Johnson Says He Would NOT Hook Up... 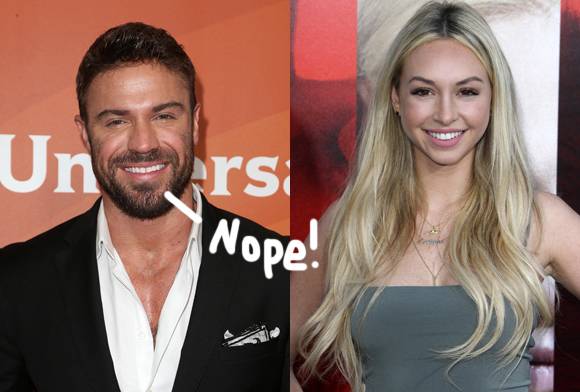 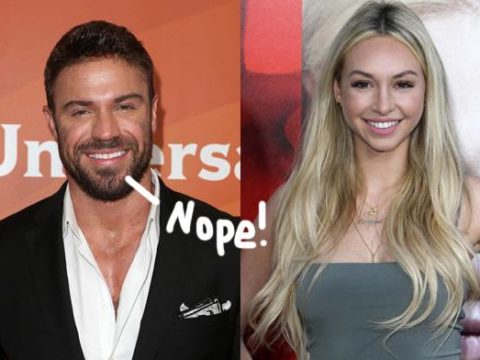 On Wednesday, Bachelor In Paradise bad guy Chad Johnson attended a press event for his new show Famously Single where he was asked by US Weekly if he would ever hook up with Corinne Olympios!

Fortunately for Corinne, she is simply not the meathead’s type!

He told the publication:

“People kept pushing that, but that wouldn’t have happened anyway. I have a type… It’s not her. There’s a certain look I go for, a certain attitude and I don’t really like her attitude or look.”

The controversial reality TV hunk says he has nothing against the blonde beauty, insisting they “could have been friends”:

“She’s a good person, fantastic person I’m sure… She’s just not my type. I thought if I did go on we would have had some funny banter, but it’s not like we would have come out of that married, you know what I mean? We could have been friends.”

Of course Johnson wouldn’t dream of doing the deed with Miz Olympios now — he’s dating model Zoe Baron! As we reported earlier this month, the 28-year-old is “so happy” with his budding relationship.

Meanwhile, Corinne is currently going strong with boyfriend Jordan Gielchinsky, who recently broke his silence regarding her Bachelor In Paradise “sexual misconduct” controversy after Warner Bros. said they found no evidence of wrongdoing.

The second season of Famously Single premieres Sunday, June 25, on E! at 10 P.M.

Bachelor In Paradise Villain Chad Johnson Says He Would NOT Hook Up With Corinne Olympios: ‘I Don’t Really Like Her Attitude’