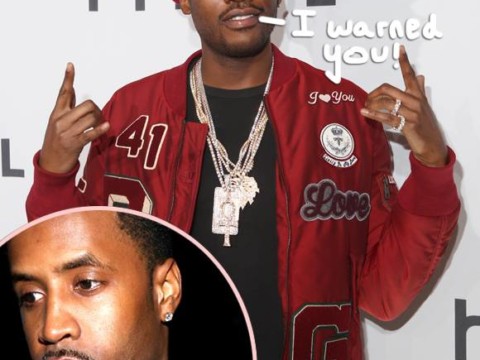 As we previously reported, over the weekend Meek Mill‘s crew reportedly jumped Safaree Samuels outside of DJ Khaled‘s pre-BET Awards bash. While the All Eyes On You rapper has denied his involvement in the showdown, reports claim Nicki Minaj‘s former flame warned Samuels via his squad to stay away from the events surrounding the award show.

Related: Nicki Sounds Off On Those Nas Dating Rumors

It’s said the 35-year-old didn’t bat an eye upon hearing the threats and refused to bail on the party weekend. Well, this explains why Mill’s people went after Safaree. Innerestingly enough, the artists aren’t even fighting over Miz Minaj anymore as it’s just become an ego thing.

Regardless, we doubt this is the last we’ve heard of this drama as the Brooklyn native has since challenged Meek to a fight. Oof.

Be sure to stay tuned for more deets on this beef!