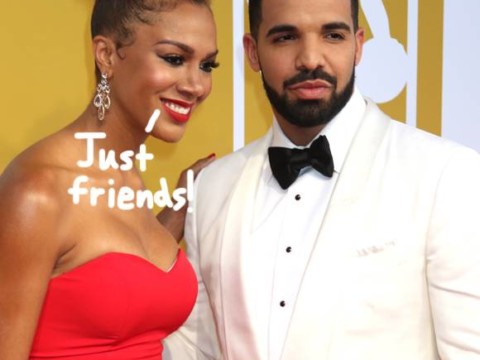 One thing is for sure: Drake‘s love life ALWAYS makes Headlines!

As we reported, on Monday, the rapper got everyone talking when he attended the NBA Awards with NBC sports reporter Rosalyn Gold-Onwude.

Related: WHO Is Drake Singing About In His New Song Signs?!

The two have known each other for quite some time, and he even took an Instagram pic with her in 2015.

However, before you think Miz Gold-Onwude is the 30-year-old’s new lady… THINK AGAIN!

“Rosalyn and Drake have been friends for a couple years. Rosalyn is a reporter with the NBA and Drake is obviously around the NBA a lot. They met through mutual friends. They went to the NBA Awards as just friends. They are not dating.”

Additionally, the journalist did NOT go to the after-party with the Canadian superstar either.