Celebrities Latest
Home andy Emilia Clarke Says Being An Actress Is Like ‘Dealing With Racism’! 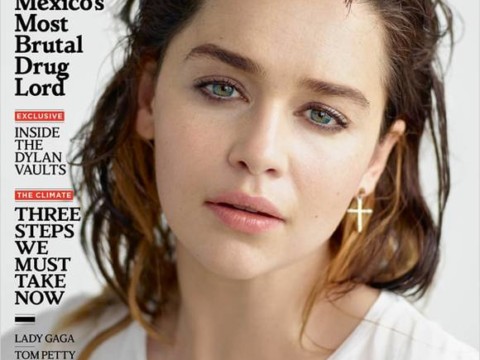 Her comments are bound to ruffle a few feathers!

Recently, Emilia Clarke covers the latest issue of Rolling Stone where she reveals what it’s like to be an actress in Hollywood. Unfortunately, the Game Of Thrones star uses an eyebrow-raising comparison to describe her experience.

“I feel so naive for saying it, but it’s like dealing with racism… You’re aware of it, and you’re aware of it, but one day, you go, ‘Oh, my God, it’s everywhere!’ Like you suddenly wake up to it and you go, ‘Wait a fucking second, are you… are you treating me different because I’ve got a pair of tits? Is that actually happening?’ It took me a really long time to see that I do get treated differently. But I look around, and that’s my daily life.”‘

The British babe also opens up about her plans to start a production company that is “full of nice, funny women.” She jokes:

“Yeah, I’ve got a pair of tits, and aren’t they lovely? Aren’t they great? You do too! They’re great, you’re in the club!”

“Women have been great rulers. And then for that to be a character that I’m known to play? That’s so fucking lucky. Anyone who seems to think that it’s not needed need only look at the political environment we’re all living in to be like, ‘Oh, no, it’s needed. It is needed.”‘