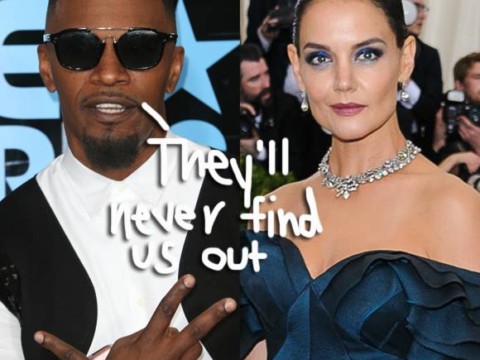 Jamie Foxx and Katie Holmes, why you lyinggggg?

The two have continued to shoot down rumors of a relationship, but they can’t keep from popping up around each other!

This week, they were spotted in Los Angeles, less than a half mile from each other. With Katie photographed inside the Century City Mall parking garage, Jamie was down the street at the Century Plaza Hotel, this according to E! News.

Related: All Eyes Are On Katie!!

Anyway, one insider said the actor/singer had luggage with him and appeared to either be waiting to be picked up or meeting someone.

This all comes after it was reported the two actors had a “romantic” vacay in Paris.