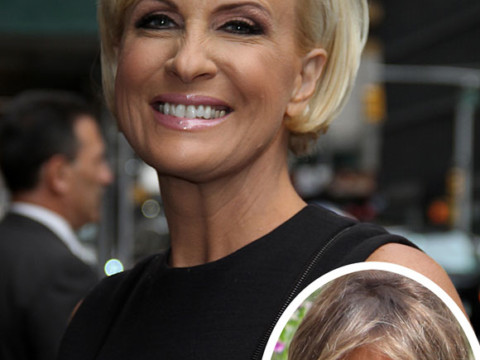 The past 24 hours have been nothing short of a whirlwind following Donald Trump‘s highly-inappropriate Twitter attack on MSNBC host Mika Brzezinski.

As we reported, the Morning Joe personalities postponed their Fourth of July vacation to address the media frenzy following Trump’s comments — and in a phone interview with Instyle on Friday, Mika expressed her thoughts on Melania Trump, who is supposed to be leading the fight against cyber-bullying.

“I know Melania. I haven’t talked to her in months, but if my gut is right, I don’t think she’s going to put up with it much longer. I know nothing. That’s just my instinct and I go with my gut and my gut’s always right. I’m just telling you, Melania’s got the worst job in the country and I don’t think she wants do it a lot longer. I think she will do it for as long as she has to for her son, and that’s it.”

Honestly, we wouldn’t be surprised if Mika’s gut feeling is accurate… We mean, sorry, but who chooses to live in a different state than their spouse when money and career aren’t an issue??

As far as what Mika’s two daughters think of this whole mess, the political commentator admitted:

“My daughters are adults, they’re 19 and 21. I think that they’re forming their own opinions. I say the same thing [to them that] I say on the show: I think he’s got a real problem with women, and that this presidency is a setback. Women in the administration need to step up and tell him that they will not stand for the way he is treating women. I think that also applies to men in the administration.”

And if you’re feeling sorry for Mika, don’t. She’s more concerned with the future of our country:

“I really appreciate it. I’m fine, I don’t feel hurt by this. I feel concerned for our country, concerned about the stability of our president. You know, my father just died. My mother has been ill. My daughter lost a good friend recently-I have had a lot of change in my family. I’m worried about my girls. I’m worried about my family. I miss my dad. I have no bandwidth to even slightly be concerned about a tweet from Donald Trump. This is not an issue personally for me.”

Mika Brzezinski Hits Donald Trump Where It Hurts: ‘Melania’s Got The Worst Job In The Country, And I Don’t Think She Wants Do It A Lot Longer’