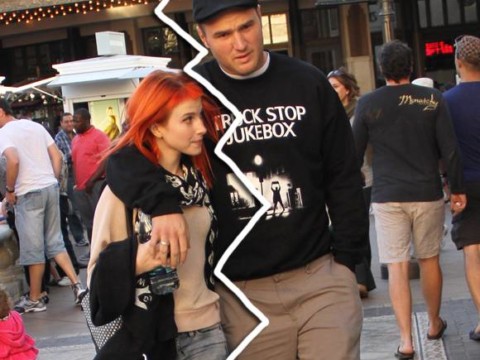 Hayley Williams, the lead vocalist of Paramore, and Chad Gilbert, a founding member of New Found Glory, just announced the end of their relationship after ten years together — and more than a year of marriage.

The duo shared a joint message on Instagram about an hour ago, detailing the fact that after nearly a decade together, it was time to call it quits, despite being married in February of 2016 and seeming closer than ever at the time.

They each took the high road, though, with the statement clearly a joint, mature effort as it read in part (below):

“We want to publicly state – plainly, and only this time – that we are splitting up. We also feel it, important to state that we are going to be okay and in fact, we remain close friends who are good in each other’s eyes. That’s something we are deeply thankful for. Even though situations like these can feel defeating. We will continue to encourage and support each other personally and professionally.”

Related: Every Crushing Celebrity Breakup EVER!

Here is their statement, as it was posted to IG, in full (below):

Here’s to each of them finding happiness now apart.

And good for them for taking such a high road publicly in what must have been a very difficult, involved decision to part.

Kevin Hart Speaks More On Allegations That He Cheated On His Pregnant Wife —...