Celebrities Latest
Home andy Ryan Lochte’s Suspension Is Over — And Now, He Vows To Win... 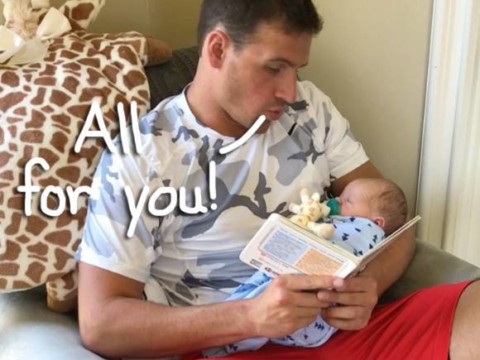 His suspension is over after the scandal that swallowed up the Olympics in Rio de Janeiro back in 2016, and the famous swimmer is ready to get back in the pool — and he’s doing it for a very special reason!

Related: Ryan Opens Up About Fatherhood

On Saturday afternoon, Lochte shared a video on his Instagram account detailing some of his plans for going for the gold in 2020, and he made it very clear it’s all about his son Caiden, who he welcomed in June with fiancée Kayla Rae Reid.

Ch-ch-check out the video — and note the special caption — right here:

Related: Rio Officials Offered Ryan A Deal For His Charges!

He also posted a second video earlier today, too (below):

And here we go! Sounds like Ryan Lochte is back, y’all!

Ryan Lochte’s Suspension Is Over — And Now, He Vows To Win Big At The 2020 Olympics For His Son