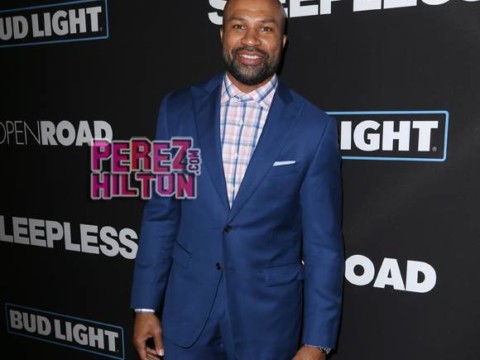 Well, can’t say that we didn’t see this one coming a mile away…

Former NBA star and coach Derek Fisher has been officially charged with driving under the influence after investigation has been completed on a June 4 crash he caused in El Lay.

As you’ll remember, Fisher and his girlfriend Gloria Govan were driving up the 101 Freeway in Los Angeles at about 3:00 a.m. on June 4 when he slammed their Cadillac Escalade into a guard rail and flipped the vehicle.

Thankfully — miraculously — nobody was injured, but several people obviously called 911 about the incident and cops were on the scene investigating very quickly.

Now, Fisher is facing two counts of DUI, and could eventually have to serve up to six months in jail if convicted and sentenced in full.

However, it’s his first DUI offense and he apparently has a pretty clean record otherwise, too, so it’s unlikely he’ll serve any time.

More important than that, though, let’s just hope he’s learned his lesson and will never EVER drink and drive again.

(And you out there reading this: you should learn his lesson, too. Take a ride sharing service! Call a friend! DON’T drink and drive!!!)

Tim Hortons Attacks The Senses With Buffalo Flavored Coffee! But It’s Not The Strangest...