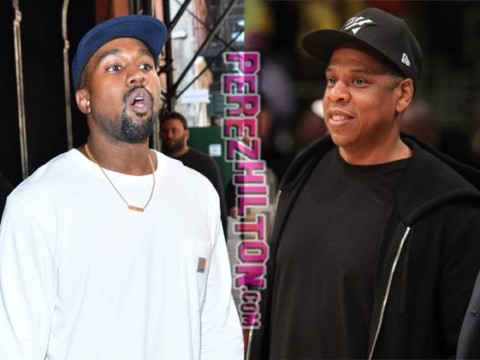 Kanye West has reportedly left the streaming service company over a “money dispute,” according to reports published this morning.

The rapper has apparently been unhappy with Tidal for “a long time,” even going so far as to claim that the company owes him more than $3 million.

And this appears to have been a long time in coming: a month ago, Yeezy’s lawyers sent a letter to Tidal claiming the company was in breach of its contact with him.

After weeks of trying and failing to resolve the conflict… it’s apparently over.

But wait a minute… is this really about JAY-Z, and his new album — which completely trashes Kanye — more than it is about Tidal??

Well, according to TMZ, Yeezy’s split from Tidal allegedly predated the release of JAY-Z’s album, and Kanye apparently had NO knowledge of Jay’s lyrics.

Related: When Will North West Name Her Puppy?!

The beef centers more on the fact that West’s Saint Pablo album resulted in 1.5 million new Tidal subscribers, and the fact that he hadn’t been paid a bonus for those subscriptions is where the issue comes in play.

There’s a bunch more legal wrangling but the bottom line is, Yeezy just received a letter informing him that his contract with Tidal is exclusive, and if he tried to go to another streaming service, he’d get sued.

He’s reportedly down to sue them back if they sue him first.

Should make for a fun few months!!!

Related: Stay Up To Date On Yeezy HERE!

Is Kanye West leaving Tidal over streaming service issues and subscription bonuses, or is he pissed at what JAY-Z has about him in the new album????

Kanye West Parts Ways With Tidal Over A ‘Money Dispute’ — But Is This Really About JAY-Z?

I CAN Admit When I’m Wrong!