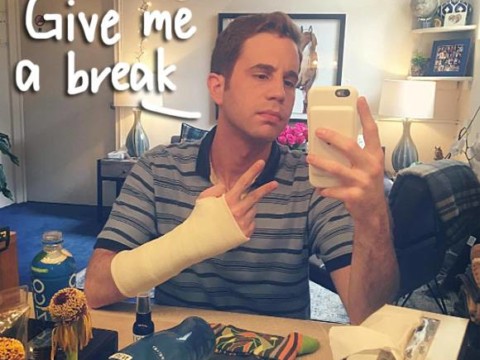 Please don’t expect the Broadway star to come to the stage door every night after his Tony Award-winning show!

The Pitch Perfect actor took to Twitter to respond to fans upset that he doesn’t come to the stage door following each performance of Dear Evan Hansen.

The 23-year-old explained that playing the title character in the smash hit musical is “hugely tough,” and he often can’t greet fans after the show because he needs to “preserve” himself for the following night’s performance.

“My priority must always be self-care so I can recreate the same quality show each night. That’s my job, and what each and every audience member is paying for and deserves. Before you tweet hateful things about how I don’t value our incredible fans when I can’t come to the door, please pause to consider that my responsibility to them is first and foremost to give my all each night. I preserve myself because I value each of them deeply.”

Playing Evan Hansen has been quite the career maker for Platt. Last month, he won Best Actor in a Musical at the Tony’s — the production also won Best Score and Best Musical.

So, it makes total sense the actor wants to put all his energy into the performances he gives every night.

Do U think fans are asking too much? Read Platt’s full note (below).

QUIZ: Can You Guess The ’90s Movie From The Quote?