Celebrities Latest
Home amber rose Every Song On JAY-Z’s 4:44 ‘Had To Get Past’ Beyoncé’s Ears 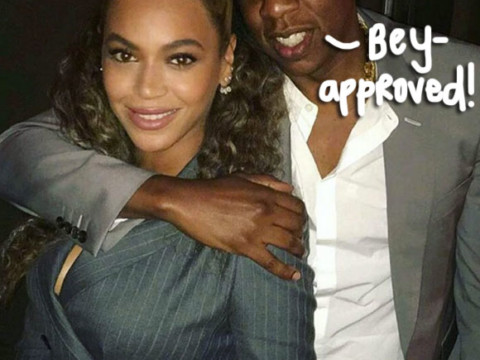 As you know, JAY-Z‘s infidelity was just one of the deeply-personal topics addressed on his latest album 4:44 — and we’re not so surprised to learn that every word was passed through his “genius” wife Beyoncé for approval.

Who run the world? Exactly.

The 47-year-old rapper’s music producer No I.D. (real name Dion Wilson) told The New York Times in an interview published over the weekend:

“I always call Bey our de facto A&R. Pillow talk is the strongest conversation on the planet. Every song has to get past her ears, in my eyes. She came by a lot and played a good part in helping us get over hurdles on certain records. Of course she’s genius-level with that.”

And even though Queen Bey offered her input, No I.D. was sure to clarify that 4:44 is not a direct response to Lemonade — it’s simply JAY telling his truth:

“We never directly spoke about [Lemonade]. Mainly because if he talks about himself, it’s going to bleed into that regardless. But there’s a difference in talking about it for the sake of response and for the sake of honesty and the truth. The truth needs to explain why you are the way you are, why you did what you did. We know what happened. We got it. But what were the circumstances that led to this and how do you feel about it?”

If you’ve listened to the album, you know the father-of-three definitely went there!

Get more behind-the-scenes of the making of 4:44 HERE!