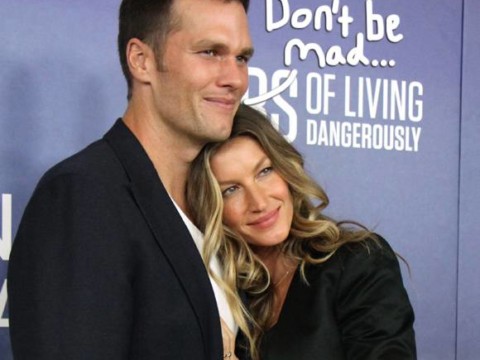 Tom Brady is putting his football training to good use!

On Sunday, the New England Patriots quarterback dodged some tough questions during an interview with ESPN‘s E:60. Specifically, the A-list athlete avoided confirming or denying his wife Gisele Bündchen‘s claims that he suffered from a concussion during the 2016 season. Well, well!

Related: Maria Menounos Reveals She Had A Brain Tumor Removed

Still the American athlete skillfully made it so he didn’t perjure himself or throw the supermodel under the bus. The 39-year-old dished:

Look at that spin!

Of course, the father-of-three is unable to confirm his wife’s claims that he gets a concussion almost “every year” as if he did he could get his team in trouble. As you may know, if a player is diagnosed with a concussion during a game, the NFL requires the athlete to sit out the rest of the game and demands that a doctor sign off on their health before the individual returns to the field.

Since the Patriots never listed a concussion in any of Tom’s health reports, some might assume the team was trying to cover up a head injury so Brady could keep playing. However, this is merely a conspiracy theory based off Gisele’s comments.

Not to mention, both the NFL and Brady’s agent have denied that the Super Bowl champ suffered from a head trauma. Looks like this controversy is officially buried!