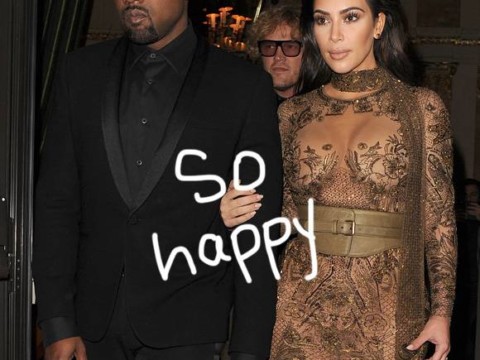 Things have certainly been up and down for Kim Kardashian West and Kanye West in the last year.

While they’ve had a lot to celebrate — three years of marriage, Kanye turning 40, Kim’s booming business — they’ve also had a lot of struggles with her terrifying Paris robbery and his own personal battles.

But we recently found out they were going to move forward with a surrogate, and while some even say the process has started, wherever they are right now with having a third baby, it sounds like it’s a good place!

A source has revealed that while the two have spent some time wanting a third baby, but not being sure how to go about it considering Kim’s health issues in the past, they’ve reached a happy spot:

“Things have been good for the past few months, and she started agreeing with him [about having another child].”

We’re glad they’ve been able to settle on a decision to have a third baby without putting Kim’s health at risk.

And luckily it sounds like any issues were worked out BEFORE they decided to have a third baby. Because we all know babies don’t fix problems!!