Celebrities Latest
Home Amazing Kelly Clarkson Shuts Down A Body Shamer Who Dared To Call Her... 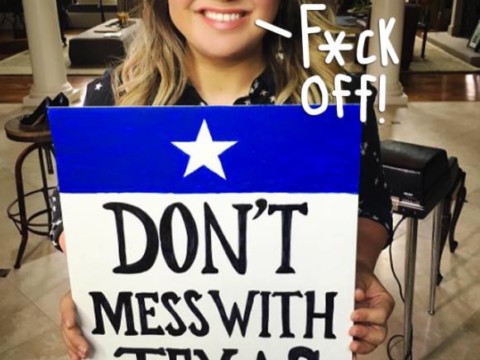 Kelly Clarkson knows how to clap back.

On Independence Day, the American Idol alum took on a body shamer who dared to call her “fat” — and, unsurprisingly, fans are LIVING for Miz Clarkson’s quippy response. YAS, queen!

The online drama all started when one Twitter user wrote, “You’re fat,” in a message to the Stronger singer. This prompted an epic response from Kelly as she took to the social media site and noted:

It didn’t take long for fans to rally behind the hitmaker as numerous people praised the body confident celeb on Twitter. See the best reactions to Kelly’s clap back (below).

Preach. Sadly, this isn’t the first time the A-lister has had to deal with comments about her weight.

In case you forgot, back in 2015 Clarkson stopped by Ellen DeGeneres‘ talk show and addressed the criticism she has gotten about her weight gain. During the sit down, the mother-of-two explained that she’s been facing jabs about her size since her Idol days and has learned to love her body.

LOVES it. We think Kelly has become one hell of a role model. *Snaps*

Kelly Clarkson Shuts Down A Body Shamer Who Dared To Call Her ‘Fat’ — & Twitter Is LIVING FOR IT!