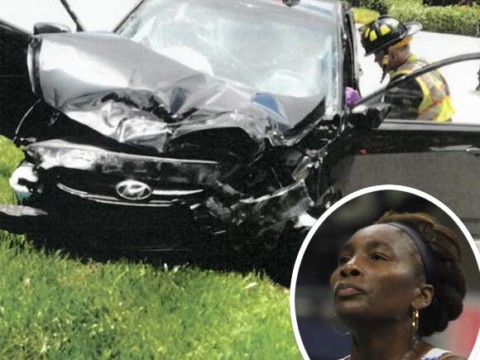 Venus Williams may not be as culpable as was initially reported.

Previously, Williams had been found at fault for the car accident on June 9 that claimed the life of 78-year-old Jerome Barson.

Video: Venus Breaks Down In Press Conference After Being Asked About Crash

But on Friday the Palm Beach Gardens Police Department issued a press release, along with security camera footage of the accident, revealing:

“After the initial investigation was conducted, new evidence into the incident was located. Based on the evidence obtained in the ongoing investigation, it has been determined the vehicle driven by Venus Williams lawfully entered the intersection on a circular green traffic signal.”

Police also confirmed through that the tennis star was, as she had said, going just 5 mph when the two cars collided. In fact, they say they confirmed BOTH drivers’ stories. How??

See the video and get the explanation (below)!

In the video, Venus (in the black SUV) enters the intersection when the light is green, then has to stop abruptly when a car coming the opposite direction turns left in front of her. After that car passes, Venus is already in the intersection, so she starts to go forward again.

The light changes from green to yellow to red during all this. So the other car’s driver, Jerome’s wife Linda Barson, has a green light. She must not see Venus’ car though because she does not appear to slow down at all.

This seems to us to hurt Linda’s wrongful death lawsuit against Venus, but the Barson family attorney has already issued a statement in response, telling TMZ:

Do YOU still think Venus is at fault?

QUIZ: Which Celebrity Family Should YOU Go On Vacation With?