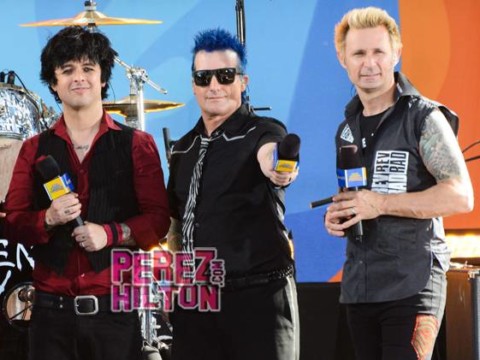 Confirming what we knew yesterday, Green Day has released a statement that they were unaware of an acrobat’s death on stage at the Mad Cool Music Festival in Madrid Spain that occurred just minutes before the band’s set.

As we reported on Saturday, acrobat Pedro Aunion Monroy died in a performance right before Green Day’s set on Saturday, falling to the stage in a horrifying moment caught on camera.

Now, Green Day frontman Billie Joe Armstrong and the band have released a statement that reads, in part (below):

“We are so sad for Pedro and his family and we pray for them in this time of grief … We had no clue there was any such accident.”

The band continues by saying that they were only told there had been a “security issue” on stage, and were not made aware of Monroy’s death. Only after the concert did people tell Green Day what actually happened.

The statement continued, in part (below):

“We are not heartless people. The safety and well being at any of our concerts absolutely comes first. What happened to Pedro is unthinkable. Once again we are heartbroken for his friends and family. We are also shocked and heartbroken for anyone that had to witness this tragedy.”