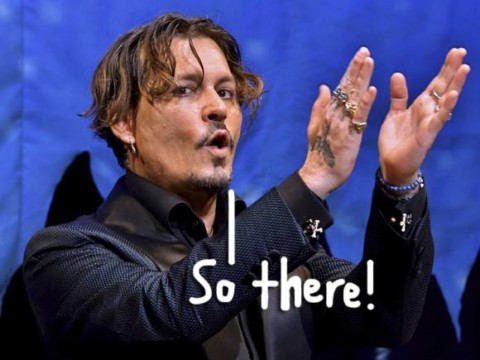 Johnny Depp‘s blockbuster-sized spending habits have NOTHING to do with his legal drama!

At least, that’s what a judge ruled in a preliminary hearing on Monday amid the actor’s heated court battle against his former business managers.

While Depp claims his ex-managers put him in a dire financial situation, The Management Group says they repeatedly warned the Pirates of the Caribbean star his over-the-top lifestyle was causing him to spend well over his means.

After Depp sued TMG for allegedly collecting millions in fees without his consent back in January, TMG filed a cross complaint claiming that Depp’s financial woes came from spending $2 million a month on expensive wine and real estate.

But that little detail didn’t matter to L.A. County Superior Court Judge Teresa Beaudet, who ruled that Depp’s spending habits play no part in the case that alleges the actor’s ex-team mismanaged his money — however, the promissory fraud case against the actor will continue.

TMG had asked the court for a declaration that “Depp caused his own financial waste by acting directly contrary to TMG’s repeated advice over the last 17 years and the advice of numerous of Depp’s other advisors.”

But Beaudet rejected the money manager’s declaration for “placing culpability for Depp’s financial woes on him, and freeing TMG of any past wrongdoing” without proper evidence. She wrote:

“The pages of allegations of Depp’s allegedly outrageous spending clearly have no relevance to the 5% commission allegedly owed TMG from the Pirates of the Caribbean payout, or to the final work done by TMG on transitioning their files to Depp’s new representatives. They would seem more relevant to the allegations of breach of oral contract related to the credit card debts, except that TMG does not specifically allege which exact expenditures by Depp were spent on which card, leading to that debt owed. Without specifics, the Court cannot find they are relevant to any cause of action in the FACC.”

Interestingly enough, both Depp’s team and TMG told The Hollywood Reporter they had the upper-hand following the hearing. The actor’s attorney Benjamin Chew said:

“Today the court threw out a meritless cause of action TMG never should have asserted. The fact that they had to change their theory on the fly is a sign of their desperation to distract from the real issues in the case. The court also granted Mr. Depp’s motion to strike from the cross complaint a mountain of gratuitous smears about him. This was a good day for Johnny Depp.”

But since Beaudet granted The Management Group a second chance to reframe their declaration, the money managers are feeling just as good. The team said in a statement:

“Today’s ruling was a clear victory for The Management Group because the Court ruled in favor of our fraud claim. We intend to file an amended cross complaint for declaratory relief. All of the issues regarding Depp’s extravagant spending continue to be fully included in the case.”