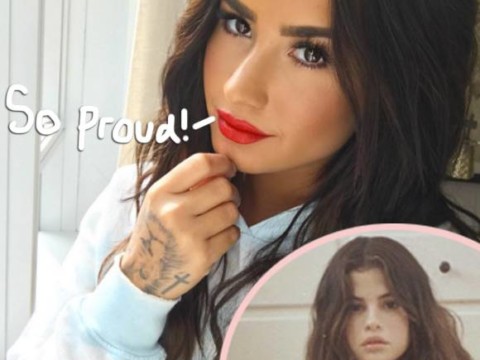 Although Demi Lovato and Selena Gomez aren’t inseparable pals these days, they’re still there for each other during the big moments. As we previously reported, Selly G released another banger, titled Fetish, as part of her comeback following a brief break from the spotlight.

While we certainly love the sexy new track, we’re excited to say we aren’t alone in this opinion. In fact, on Friday Miz Lovato took to Twitter to send some love her former Barney & Friends costar’s way.

On what she thought about Fetish, the hitmaker revealed:

This was honestly a kind gesture on Demi’s part as she JUST released a new song too. In case you forgot, earlier this week, the 24-year-old dropped her latest single, Sorry Not Sorry.

Not to mention, the Princess Protection Program actresses’ friendship has certainly ebbed and flowed over the years, so it’s nice to see that they’re still friendly. Obviously, this shout out sent Delena fans into a frenzy as they weighed in on Twitter:

So proud of you BOTH sorry not sorry and fetish are both so good and both dominating congrats queens
— Ricky Dillon (@RickyPDillon) July 14, 2017

Awwww. We love seeing women support each other!!

Chelsea Handler Says She Wants Laws Against People Who Think Racism Is Funny &...