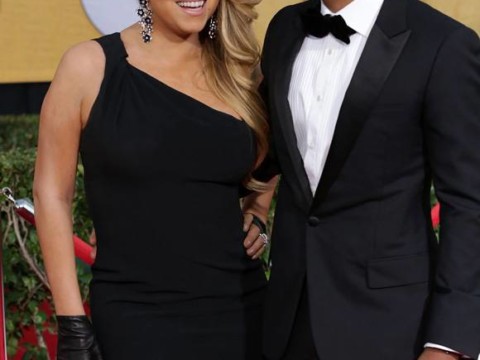 Even though the former America’s Got Talent host filed for divorce from his singer wife in 2015, it sounds like his heart has not repaired.

During an interview this week, Cannon admitted he won’t be looking for love anytime soon because he hasn’t recovered from his marriage of six years:

Whoa! Talking about having an impact on someone.

Even though Nick might not be looking for love, we do know he’s not too lonely as he is dating — well, and more than dating considering he had a baby boy earlier this year with Brittany Bell.

He revealed about his current dating life:

“I don’t have a girlfriend. I’m always dating. Why not? I’m a single man, I’m supposed to date.”

We’re sure he won’t have too hard of a time finding ladies to take out. And maybe one day that Mariah-sized hole in his heart can be filled by another.

Or maybe they can just get back together! Not everyone can handle her diva ways like Nick! LOLz.

Nick Cannon Is STILL ‘Shattered’ After Divorce With Mariah Carey — So Much He Won’t Be Looking For Love Anytime Soon!