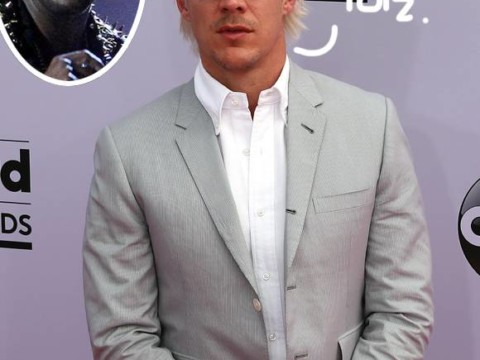 The reaction of most people to the idea of an abusive sex cult is disgust.

Diplo apparently thought it was just too funny.

After the allegations surfaced that R. Kelly was running a sort of sex cult in which he had brainwashed several very young girls, Katy Perry‘s lowest ranked lover just had to make a joke of it on Twitter — and no, not one at Kelly’s expense…

At least he had the sense to delete the tweet, presumably after people responded angrily.

Meanwhile, R. Kelly himself is just ignoring the scandal on his own Twitter account. Since the accusations broke, he’s tweeted twice:

You have work to do and purpose to live. Make it count.#MorningsWithKellz #MorningMotivation pic.twitter.com/cI59XSmXqu
— R. Kelly (@rkelly) July 18, 2017

One thing you taught us is how to stand strong in the face of adversity. Happy Birthday #NelsonMandela– Rest in Peace.#LegendsHonorLegends pic.twitter.com/HXfHnBc7FD
— R. Kelly (@rkelly) July 18, 2017

Maybe he’s taking the advice of his lawyers??