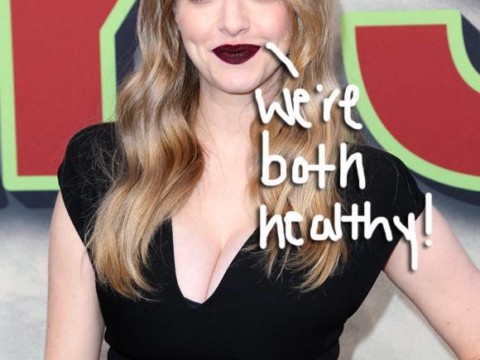 Amanda Seyfried is getting completely real about mental health!

As you know, she gave birth to her baby girl in March, and while she hasn’t revealed much about it until now, she’s had a lot to share!

Making an appearance on Dr. Berlin‘s Informed Pregnancy pre-recorded podcast, the actress opened up about being pregnant for the first time, and even her decision to continue with her antidepressant the entire time.

In case you were wondering, the Mayo Clinic says the risk of birth defects and other issues from most antidepressants is “very low” and that selective serotonin reuptake inhibitors like Lexapro are generally considered safe during pregnancy.

Earlier on, Amanda revealed just how much her OCD and anxiety was affecting her:

“It would take me a really long time to put my clothes away in the drawers. And it’s all about organization and if it doesn’t feel right you have to keep moving until it feels right, keep moving things around until they feel right. I have a thing with numbers, which is really common.”

Hopefully we get to hear more from her about the little one.