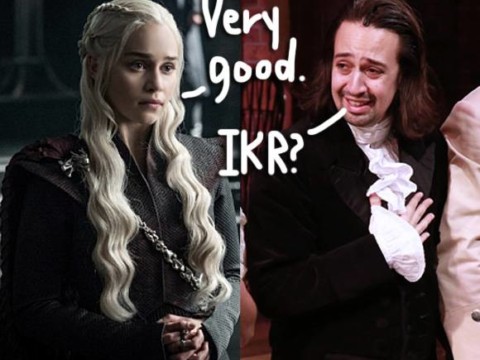 A Song of Ice and Fire just got a killer remix!

The internet loves making corners of pop culture collide, so it was only a matter of time until we were blessed with a Game Of Thrones/Hamilton mashup!!!

Related: Ed Sheeran Returns To Twitter After Being Mocked For GoT Cameo!

Instead of spitting the tale of Alexander Hamilton as he goes through the upheaval of the American Revolution, this remix sings the song of the HBO hit’s two biggest heroes as they lead and conquer their way to the Iron Throne!

Ch-ch-check out the epic mashup (below).