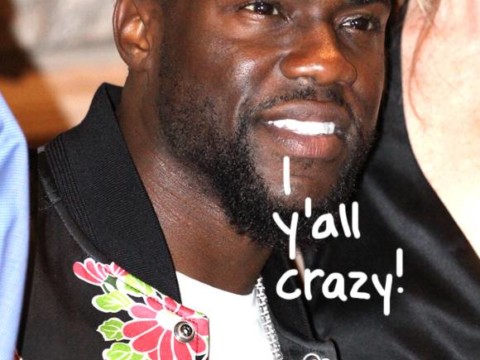 The man of the hour speaks!

As we reported, on July 3 around 5 a.m., Kevin Hart was caught on video appearing to canoodle with a mystery beauty in a Lexus sedan, leading many to believe he was cheating on pregnant wife Eniko Parrish.

Almost immediately, Twitter began roasting the comedian for his naughty ways, and even pointed out that he was accused of cheating on his first wife Torrei with Eniko! (We see a pattern…)

Related: Kevin Isn’t The Only (Alleged) Dog In Hollywood!

Late Wednesday, after feeling the heat, the actor broke his silence by posting the following on Instagram:

There you have it. Hart seems pretty confident he did nothing wrong.