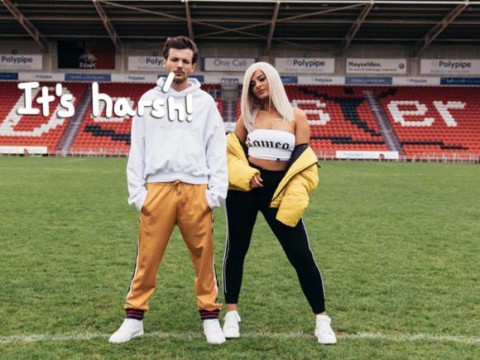 Louis Tomlinson‘s collaboration with Bebe Rexha is deep AF — and we’re about it!

As you surely know, the One Direction alum has been teasing his collab with the 27-year-old for a while now and FINALLY dropped the track, titled Back To You, on Friday. Per Louis, the new banger is meant to be NSFW and “harsh” as it calls out certain couples who wind up back together… even when they shouldn’t.

The A-lister explained to Nick Grimshaw while at the BBC Radio 1 studios:

“We all know those people where you probably shouldn’t be together but you just keep finding your way back to each other.”

We mean, Tomlinson isn’t wrong. Be sure to ch-ch-check out the new breakup anthem for yourself (below)!

Louis Tomlinson & Bebe Rexha Deliver The ‘Harsh’ Breakup Anthem We’ve Been Waiting For — Listen To Back To You HERE!