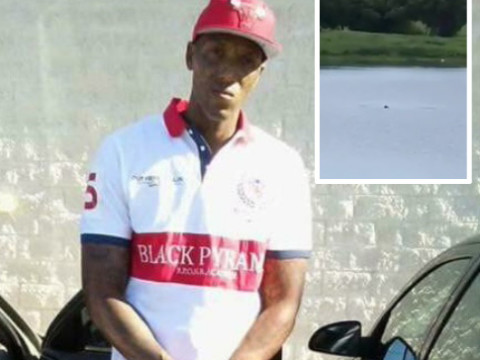 Police are “horrified” by a video of five teenagers laughing and joking as they recorded a man drowning to death in Florida — but somehow the teens will not face any charges!

None of the bystanders called for help or notified the police after Jamel Dunn (above) drowned in a retention pond near his mother’s house in the city of Cocoa on July 9.

The video, which was later shared by Dunn’s sister Simone Scott on Facebook, shows the 32-year-old desperately treading water as the teens — who are between the ages of 14 and 16 — are heard shouting:

The group laughed as Dunn’s cries grew louder. When his head finally went under the water, the teens muttered:

Dunn’s decomposed body was found floating near the shoreline of the pond two days after his family filed a missing person report on June 12.

Officials at the Cocoa Police Department were horrified after finding the video on social media, they but are unable to take legal action against the despicable videographers. According to spokesperson Yvonne Martinez, the state attorney’s office confirmed “there wasn’t anything criminal we could charge them with.”

She told BuzzFeed News that detectives were looking to charge the teens with “some sort of negligence that could contribute to manslaughter,” however:

“[The teens] weren’t directly involved. They didn’t push him into the water, they didn’t coerce him into the water… Obviously it’s a tragic incident and that there are people like that in this world. Unfortunately there’s not a lot we can do about it.”

Martinez said that Dunn’s death was due to drowning, adding that officials had a surveillance video from a neighboring home that showed Dunn “deliberately” walking into the pond himself.

The drowning seems to stem from an argument Dunn got into with his mother on July 8 that led to his fiancée being asked to leave the house. After the fiancée left the next day, Dunn “immediately jumped over the fence of the house, took off his shirt, and went into the pond.”

“He went there willingly and very deliberately. What his intentions were when he got into water, or what his state of mind was… whether to kill himself by drowning, we can’t say.”

In a Facebook post sharing the video, Dunn’s sister questioned “How could you witness someone die & not be charged w/anything?”

Our hearts go out to Jamel’s family as they deal with this preventable tragedy.