Celebrities Latest
Home Abs Venus Williams Blames Pretty Much Everyone Else In New Court Documents From... 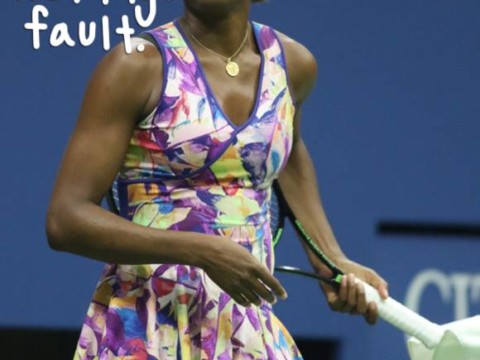 Venus Williams is refusing to go down for the fatal car crash she was involved in.

As we previously reported, the top ranked athlete was involved in a nasty car accident last month where a man died because of the incident. While footage from the scene has since cleared Miz Williams’ name in the criminal investigation, it appears as though the estate of Jerome Barson is still suing the tennis champ for allegedly causing the fatal collision.

Unsurprisingly, Venus is currently fighting the wrongful death suit as she has since accused at least one of the victims of not wearing a seat belt at the time of the wreck. In new court documents filed by Williams’ team and revealed by Dailymail.com, the A-lister didn’t specify whether the deceased or his widow was the one not buckled in. Regardless, the filing claims the injuries from the crash could’ve been greatly reduced if the passengers in the other car had been wearing seat belts.

Speaking of the said injuries, the 37-year-old also stated in the docs that Barson’s wife’s wounds were in no way bad enough for the woman to seek damages in a lawsuit under Florida law. We’re not sure how Linda Barson feels about this accusation as it’s said she walked away with a cracked sternum and a shattered right arm. Oh, and let’s not forget about the broken wrist, hand, and fingers Linda received as a result of the collision.

The legal paperwork also took shots at the Barson’s vehicle. Apparently, Venus’ legal counsel is alleging that the couple didn’t adequately maintain and repair their vehicle which, in result, made it a safety hazard. The California native continued to place blame elsewhere as she defended that plenty of other cars caused the hectic traffic situation so she shouldn’t be held solely responsible!

Looks like Venus has quite the defense team on her side!!

Venus Williams Blames Pretty Much Everyone Else In New Court Documents From Her Wrongful Death Lawsuit!