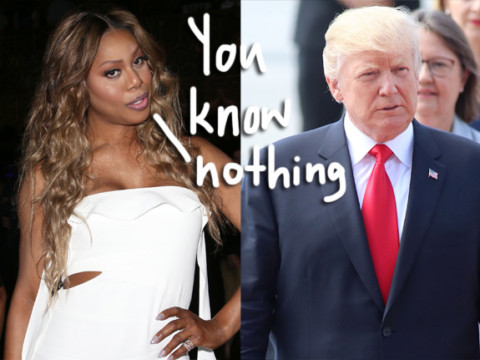 It’s almost as if Donald Trump intentionally tweets to outrage the entire country he’s president of.

That’s exactly what happened on Wednesday when POTUS announced that the government would no longer “accept or allow transgender individuals to serve in any capacity of the U.S. military.”

This discriminatory announcement ignited the fury of politicians, celebrities, and military personnel alike for undermining the service of 15,000 trans troops — let alone the readiness of the biggest, most expensive military in the world.

Among those who issued responses included trans icons like Chelsea Manning and Caitlyn Jenner. Now, Laverne Cox has issued a statement on the potential impact of Trump’s tweets.

In a statement, the Orange is the New Black actress addressed her personal experiences meeting trans service members and encouraged citizens to send a message that trans lives matter, despite what the Drumpf administration thinks.

Read her full response (below):

“I have met many transgender Americans over the years who have served or are currently serving our country in the military. I have heard from them humiliating stories of being misgendered and experiencing various kinds of mistreatment when they are willing to put their lives on the line in ways many of us would never do including our current President. This latest reversal of another Obama administration policy continues to send the message to trans Americans that our lives, our safety and service are less valuable and unwanted in this country, the country I love and hold so dear. Let’s all come together and send the message to trans Americans that despite what this president and administration proclaims that trans lives, safety and service are valuable, that they matter.”