Celebrities Latest
Home Abs Man Under Arrest Eats & Spits His Own Shit At Cops After... 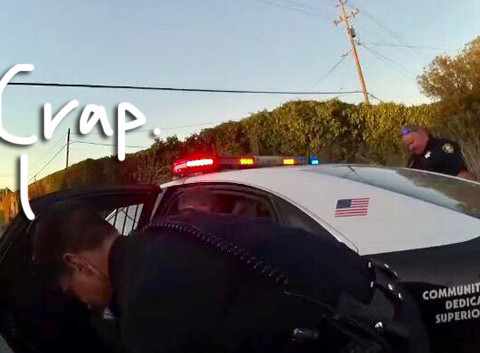 Like this week when Richmond Police Department officers arrested a man who ate his own feces in the back of a patrol car and spat it at the cops!

The department shared the story on Facebook, detailing that officers had responded to a report of a possible wanted person and detained the man upon arrival.

Police said the man gave officers a fake name, which just so happened to be associated with an arrest warrant. When the suspect gave his real name, officials found there was an arrest warrant for him, too.

The suspect was taken into custody for the warrant and for false impersonation — and that’s when some serious shit went down.

As cops were driving the uncooperative suspect to county jail in Martinez, California, the man reportedly slipped his cuffed hands from the back to the front, undressed, and threw all his clothes out of the window onto Interstate 80.

While realizing the suspect had stripped down, officers said they also noticed he had just “defecated.” The suspect began to eat his feces and then spat it out at the officers.

Officers pulled over and asked for assistance to readjust the stinky suspect into a “compliance safety device.” He was shortly after taken to county jail.

The California Highway Patrol gave a shout out to its neighboring officers in a Twitter post, but couldn’t resist making a potty pun:

LOLz, props to the officers for being so composed!

Read the department’s post (below) for the full story.

Man Under Arrest Eats & Spits His Own Shit At Cops After Stripping Down In Patrol Car!