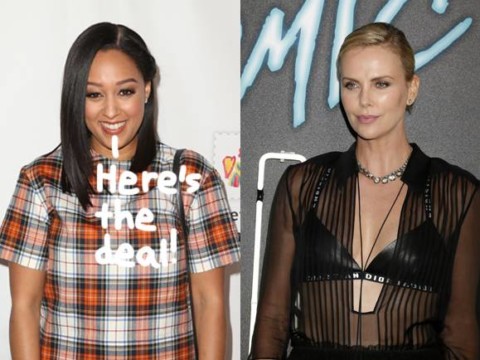 We are totally SWEATING over this SoulCycle drama!

Back in 2014, Tia Mowry made headlines when she told InTouch that Charlize Theron “wasn’t very nice to” her during a cycling class and even “rolled her eyes” at the Sister, Sister star.

Fast forward to Monday, the Atomic Blonde actress appeared on Watch What Happens Live where she told host Andy Cohen:

“I’m really nice at SoulCycle, actually, because once my endorphins kick in I’m actually almost too friendly.”

On Wednesday, Mowry spoke to E! News while volunteering at Children’s Hospital Los Angeles where she addressed the controversy for the very last time!

The Whole New You author said:

“The only thing I have to say about that is I don’t know Charlize… It was all blown out of proportion. I respect her. I think she’s amazing.”

There you have it! The feud is officially squashed, and peace has been restored to SoulCycle!