Celebrities Latest
Home Abs Keke Palmer Calls Out Kylie Jenner For Being ‘Profitable’ Off Not Being... 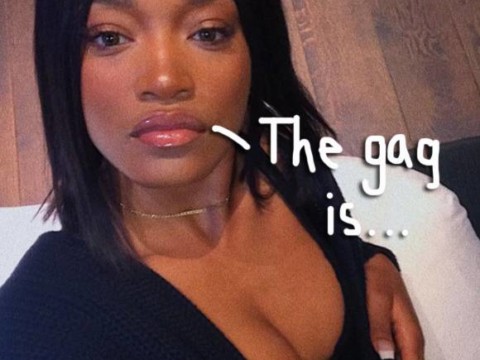 Keke Palmer is all about being real, and that’s even more true for her new interview with Yahoo Beauty!

The actress and singer opened up to the site about cultural appropriation, Kylie Jenner, and the Kardashian klan!

Interestingly enough, those three things have gone together in the past, so maybe it’s only appropriate the 23-year-old might have some thoughts on it??

Related: Keke Puts The “World” On Blast For Influencing An “Ugly” Kylie

The Scream Queens star explained one point of view:

“They feel like it’s a situation where black people don’t want nobody wearing braids, don’t want nobody wearing kinky, curly, whatever. It’s not really about that,” she says. “It’s when people get appreciated, congratulated, or credited for things that are not of their culture. Facts are the facts. A black girl such as myself couldn’t go to school without being clowned about her hair sitting on the top of her head. When my hair was too crunchy and too hard and my crown was too high, I was teased and called ‘disheveled.’ There was a time when women could not get jobs or go into a workplace without having their hair straightened.”

And she continued with this message:

“It’s not you wearing braids to get a job, wearing locs to get a job. You’re doing it for kicks. That doesn’t bother me, but don’t be disrespectful to the culture that it came from.”

Keke does her best to be as authentic as possible despite the pressures of social media:

“Everybody wants to make everybody so crazy, stupid, ugly, or dumb. People just become so judgmental, and it’s easy for you to be scorned by that or take those things personal when the reality is people are projecting. That’s also hard to believe, especially if you’re a kind person or want to understand where people are coming from. So often people feel like, you know what, I’m just going to beat them to the punch and either degrade myself or be so damn perfect they have nothing to say. We’ve seen extremes of that.”

Using the Kardashian fam as an example, most specifically Kylie Jenner, the starlet divulged:

“In the sense of the Kardashians, it’s like I’m going to show you so much perfect and be everything a woman should be or everything a man would like or love. And I’m going to be exactly that so you can’t bully me anymore. Specifically in the situation with Kylie [Jenner], where you’ve had a young girl people have seen on television since she was a kid and they literally told her she was so ugly … the ugly person in the family. She went and did apparently everything the world deems as beautiful. The even crazier part is that everybody loves her for it. What I find interesting is that this is something that is being displayed to my generation — showing young girls, young guys that if you do everything that society wants you to be, not only will you be praised for it but you will make money for it. You can be profitable for not being who you truly are.”

Palmer has clearly given this a lot of thought!

Now wonder she’s so aware, and that sounds exactly why she continues to be:

“That’s the thing we really have to be careful of and why I’m so honest about everything I’m going through — whether that’s sadness, happiness, depression, anger, boredom, whatever it may be. We all go through it. And I feel really grateful to be in the industry for as long as I’ve been and to have people who have been with me this long in my career and stand on a platform and say, ‘It’s all a gag!'”

Do U agree with Keke??

Would U like to see your fave celebs putting up less of a front?

Keke Palmer Calls Out Kylie Jenner For Being ‘Profitable’ Off Not Being ‘Authentic’ & Explains Cultural Appropriation!

Jennifer Morrison Leaving ‘Once Upon A Time’