Celebrities Latest
Home Abs Beyoncé & JAY-Z ‘Are Motivating Each Other To Stay In Shape’ Following... 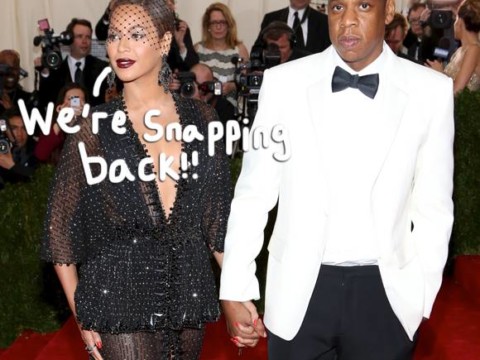 When you’re a worldwide icon there are certain pressures to always look your best, thus, it isn’t surprising to learn that Beyoncé has already been hitting up SoulCycle following the birth of her twins. Still, Bey, you only welcomed Sir and Rumi Carter into the world six weeks ago!!

Related: This Beyoncé-Themed Baby Shower Is The Best

“She is slowly starting to get back to her ‘normal’ life. Her babies are now six weeks old, and she started working out again.”

Regardless, it appears as though the A-lister is leaning on her husband during this time as JAY-Z has been accompanying the mother-of-three to the fitness hotspot. Sounds like the celebrated rapper put on a bit of sympathy weight as the tipster added:

“…they are motivating each other to stay in shape.”

This isn’t the first time the Knowles-Carter clan has been linked to SoulCycle as the Sorry singer was spotted taking classes while she was pregnant AND Jay was seen leaving the Beverly Hills location mere days after Beyoncé gave birth.

At the end of the day, we’re just happy to hear that Mr. and Mrs. Carter are doing well! Snaps all around!

Beyoncé & JAY-Z ‘Are Motivating Each Other To Stay In Shape’ Following The Birth Of Their Twins!

Teen Mom 2’s Jenelle Evans Gets Real About Almost Dying & The Struggle Of...