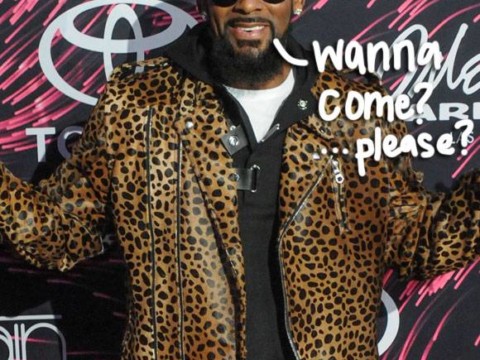 As we reported, the Ignition singer has been accused of being the “puppet master” behind an abusive sex cult where six young women are allegedly under his control at his Atlanta and Chicago homes.

In his first public appearance since 22-year-old Joycelyn Savage‘s family spoke out against the star, the controversial artist took to social media to tell his fans that he will be continuing with his east coast tour.

He said of the concerts that kick off in Virginia Beach on Friday:

“Despite all of the crap y’all hearing I will be coming to the East Coast to do my show.”

Watch his video message (below):

Will you still support the star and his music despite the allegations?? Let us know in the comments (below)!

The Walking Dead Has A Bittersweet Comic-Con, Honoring Fallen Stuntman & Releasing The First...

Twitter Is Standing By Taylor Swift After Her Emotional Testimony — See The Best...