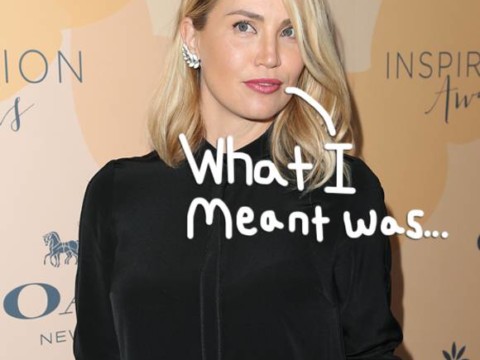 We knew a clarification would be coming sooner than later!

As you surely saw, Willa Ford made headlines this week after a comment to Billboard made it seem like the I Wanna Be Bad singer blamed the September 11 terrorist attacks for stalling her music career. Unsurprisingly, Miz Ford was hit with a lot of hate for this sentiment.

Thus, Willa has given a follow-up interview in order to clarify what she meant in the now controversial interview. On the media attention surrounding her comment, the 36-year-old shared:

“In a recent interview with Billboard, I made a comment about the release of a single by my record label on September 11, 2001, where I stated ‘Everything that happened that day froze; the world stood still as it should have.’ During the past day, other news outlets have taken the liberty to say that I somehow blamed 9/11 for my song not taking off … this could not be further from the truth.”

Good to know. On why she felt the need to bring 9/11 up in her interview, Willa defended:

“It was meant to be an inspirational piece about how the universe sent me in a new and different direction, one that has led me to success and joy in other areas of my personal and professional life.”

Ooooooh, okay. We’re glad Willa took the time to explain what she meant, because this scandal could’ve been disastrous for her!!

What do YOU think?? Are you buying Ford’s explanation??