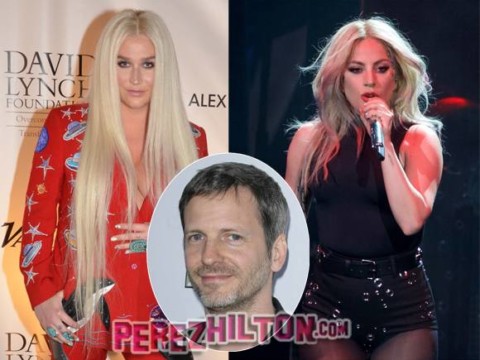 If this ever does happen, it’ll provide some interesting fodder for the ongoing legal battle between Kesha and Dr. Luke.

The music producer has apparently filed documents demanding that Lady GaGa, one of Kesha’s good friends who apparently knew of her allegations against Dr. Luke very early on, sit down for a three-hour deposition with Luke’s legal team.

GaGa has been dodging Dr. Luke for a while now, because she doesn’t want to be deposed in the Kesha case — but she soon may not have a choice, because Dr. Luke is now demanding a judge order her to sit down and give more than a written statement about what she knows, and be open to getting grilled by lawyers for a day.

Specifically, Dr. Luke wants GaGa to open up about a text message convo she had with Kesha, where the latter acknowledges being abused by Dr. Luke and asks Mother Monster to go on a social media “smear campaign” against Dr. Luke.

Luke claims in that campaign, GaGa encouraged Sony Music to cut ties with him, among other things.

Lawyers HAVE previously subpoenaed GaGa for a copy of the texts, but the copy they did receive was so heavily redacted, according to TMZ, it was “incomprehensible.”

Related: Kesha FINALLY Returns To The Stage After Legal Battle!

So now, it seem, Dr. Luke wants to cut out the middleman and get his people to grill GaGa face-to-face.